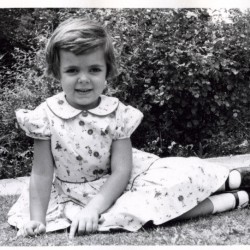 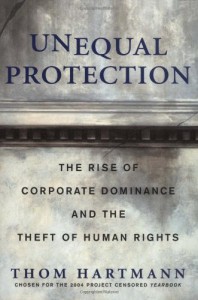 A salutory lesson in the behaviour of people and what happens next. AKA unstructured rant, sorry. I want to get back to my knitting. It was the discussion here http://www.goodreads.com/review/show/178242885 that has led to it.

ABE is an umbrella site for booksellers around the world to club together and create a database large enough that book buying customers will notice the existence of the individual bookseller. That was its intent. Its customer was the bookSELLER. It’s reason for being, was to do what was best for the bookSELLER.

At the time ABE started, there were various other options starting up too. Each one had different conditions attached, eg Alibris. A lot of sellers went to ABE and decided to make it their site because they didn’t like the way Alibris treats the seller. Alibris’ loyalty is to the bookBUYER. The bookseller is kinda scummy in their scheme of things.

So, that is how ABE started. It became a large worthwhile site BECAUSE of the sellers who decided to support it. Without them, the site would have been NOTHING.

After a while ABE began changes, smaller at first, then larger, which acted against the interests of the sellers. This situation has, over a period of years, become worse and worse. Early on, realising exactly what was going to happen, and noting the community anger expressing itself in ABE’s forums, I suggested a simple collective action to bring ABE back into line. If we all withdrew our books from sale from ABE for – I imagine just a couple of weeks would have been enough, but I don’t know – it would have buckled and agreed to act in our interest again. I offered to organise the collective action. I had an excellent alternative site in mind for sellers to place their books in the meantime. We were only talking about maybe 20,000 sellers who had to be part of the action.

But people are pathetic sad little creatures who spend their lives wringing their hands, too scared to do anything. Hope things don’t get worse. As you watch them get worse and worse and worse.

Now ABE is owned by Amazon. Before long it will become the exact opposite of what it set out to be with the support of the people who wished it to have its early standards and principles. Now, Whitaker, the issue is NOT companies making money as such, it is why and how and what our relationship is to the money they make. People can’t continue to absolve themselves. EG The BP oil disaster. That is a consequence of human greed and human desire to have a life style rather than a life. That IS the bottom line. We don’t even want to know what BP gets up to, but the moment something goes wrong, we try to distance itself from it, much as Obama tried to distance the US from it. I spent quite a lot of time in the UK last year, and Obama made no friends amongst small ‘l’ libs there for his behaviour over that.

People have only themselves to blame.

Companies are ONLY what we make them. Online sites are a paticularly good example.

EBAY. Started off same way, its customer was the SELLER. Over the years, conditions for sellers deteriorated further and further. Again, the solution to this is simple. Collective action. But people are pathetic. They create the situation but are not willing to do what is necessary to address the terrible consequences. Being a seller on ebay is a ghastly thing now. I stopped sellling on ebay long before I stopped buying, but gradually many of the regular sellers I bought from pulled out of ebay as a result of ebay making life intolerable for them. I wrote to ebay complaining as a buyer re how they treated sellers and explained that they had lost my custom as a consequence. I didn’t receive a response.

I happen to have been on these sites as both sellers and buyers, so I have a lot of experience of how they work, who makes them what they are, and what can be expected at the end of the road. That is why I approach sites like goodreads with great sceptisism. It is all very well to say that it is a community site, but all these sites start out as community sites and they all end up as something else.